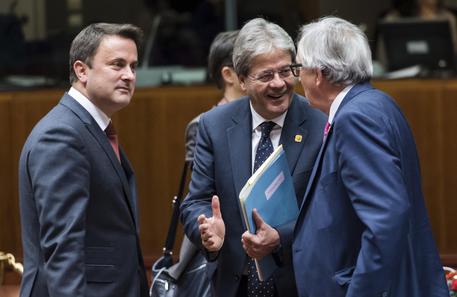 The Italian Prime Minister Paolo Gentiloni praised Europe highly, convinced that Europeans have plenty of reasons to be proud of the EU, and was confident it will heal the scars left by a prolonged economic and migration crisis, and Britain’s decision to abandon the project.

European Union leaders are willing to relaunch Europe with a focus on security and jobs when they meet in Rome in two weeks’, 25th of March, the moment of celebration of the 60th anniversary of the bloc’s founding treaty in Rome, Italy’s Prime Minister said.

“All leaders showed an interest in using this occasion to relaunch Europe,” Gentiloni told reporters at the EU summit in Brussels.

EU27 leaders without  the UK Prime Minister Theresa May will attend the event on the 25th of March in Rome. As host of the celebrations, Italy is in the lead to prepare a text that will set the EU’s priorities for the next 10 years.

The document is still being drafted by diplomats, but EU leaders agreed during the March Summit that it will focus on four key areas: security, growth, social issues and the EU’s foreign policy.

Gentiloni said the Rome Declaration will make clear that the EU members interested to do more together will be able to do so. However there will be no reference to a multi-speed Europe, a senior EU official said, as that could upset east European countries who are less willing to cede national competences to Brussels.

Gentiloni pointed to security and migration as the top priority in the coming years as the flows of the illegal migrants continue Europe cause problems for the southern countries, especially Italy, expecting solidarity from the other EU member-states in burden-sharing.