Posted on September 7, 2021 by Europe correspondent Leave a comment

Brussels 07.08.2021 This week in Minsk political prisoners Marya Kaliesnikava and Maksim Znak were sentenced to 11 and 10 years in prison respectively. In August 2020, Marya Kaliesnikava, together with Ms Tsikhanouskaya and Ms Tsepkalo, became a symbol of the movement for democratic Belarus.

“In a trial behind closed doors, together with a prominent lawyer, Mr Znak, she was tried on unfounded charges of “conspiring to seize state power in an unconstitutional way”, “calling for actions aimed at damaging the national security of Belarus through the use of media and the Internet” and “establishing and leading and an extremist group” reads the statement of the statement by the European External Action Service spokesperson on sentencing Marya Kaliesnikava and Maksim Znak in Belarus.

Belarus: Marya @by_Kaliesnikava and Maksim Znak sentenced today, in a “trial” behind closed doors to 11 and 10 years in prison, for asserting democratic rights!! EU calls for the release of the 650 political prisoners in #Belarus https://t.co/n9MlkO5byA

“The EU deplores the continuous blatant disrespect by the Minsk regime of the human rights and fundamental freedoms of the people of Belarus”.

The European Union "deplores the continuous blatant disrespect by the Minsk regime of the human rights & fundamental freedoms of the people of Belarus," eg today's sentencing of democracy leaders Marya Kaliesnikava & Maksim Znak to 11 & 10 years in prison. https://t.co/cfioPVa9UX pic.twitter.com/2jrT9Hn78V

“The EU also reiterates its demands for the immediate and unconditional release of all political prisoners in Belarus (now numbering more than 650), including Ms Kaliesnikava and Mr Znak, journalists and all people who are behind bars for exercising their rights. Belarus must adhere to its international commitments and obligations within the UN and OSCE. The EU will continue its efforts to promote accountability for the brutal repression by the Belarusian authorities”. 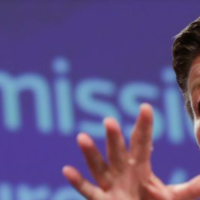