Posted on December 13, 2019 by Europe correspondent Leave a comment

Prime Minister Boris Johnson won the decisive election victory that will end three years of political paralysis and take Britain out of the European Union within weeks.

The Article 50 procedure represents a substantial political and economic challenge for the United Kingdom after half a century of integration into the bloc (1973).

“Britain and the United States will now be free to strike a massive new Trade Deal after BREXIT. This deal has the potential to be far bigger and more lucrative than any deal that could be made with the E.U.,” President Trump wrote on Twitter “Celebrate Boris!”

Earlier this year President Trump has already expressed his wish to seal a trade with U.K., explaining that trade between the two countries “could be four to five times higher.” 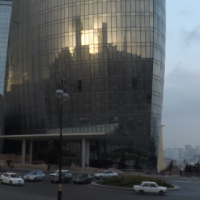