Posted on May 20, 2019 by Europe correspondent Leave a comment

The United Nations confirmed their human rights experts have reiterated criticism expressed in a letter sent to Italy over the government’s proposal for a new decree on security.

#Italy: UN experts condemn a draft law by interior minister, Matteo Salvini, to fine those who rescue migrants and refugees at sea. They urge the Government to halt its approval.

The aim of the Italian new legislation is to build on the security-and-migration decree that was approved last year and drafted by Interior Minister Matteo Salvini,  focus on stemming illegal migration and human trafficing. The UN said that the proposed decree would result in NGO-run ships fined for every person picked up at sea and transported to Italian territory, and vessels risking the loss of their licences.

The UN experts said that if the decree is approved and comes into force, it would undermine the human rights of asylum seekers and the victims of torture. The UN position is firmly based on core Refugee Convention (1951), dating the colonial era, when there was no single free state in Africa, and the population was a half of European. However, in spite of the drastic change of the context the UN experts continue to use the Convention without any adaptation to contemporary realities.
“The right to life and the principle of non-refoulement should always prevail over national legislation or other measures purportedly adopted in the name of national security,” the experts said in a letter to the Italian Government.

“We urge authorities to stop endangering the lives of migrants, including asylum seekers and victims of trafficking in persons, by invoking the fight against traffickers…This approach is misleading and is not in line with both general international law and international human rights law”, the letter said.
“Instead, restrictive migration policies contribute to exacerbating migrants’ vulnerabilities and only serve to increase trafficking in persons“.

“The United Nations is full of bureaucrats rooting for mass immigration”, Salvini said after the UN criticised his proposed security package for fining illegal migrant transporters.
“Minister and MPs elected by the Italians decide on the security and happiness of the Italians,” he said.
“Unknown bureaucrats who are fans of mass immigration do not,” he added. 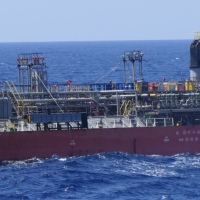 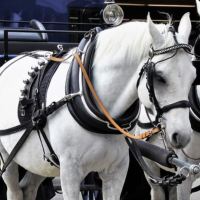